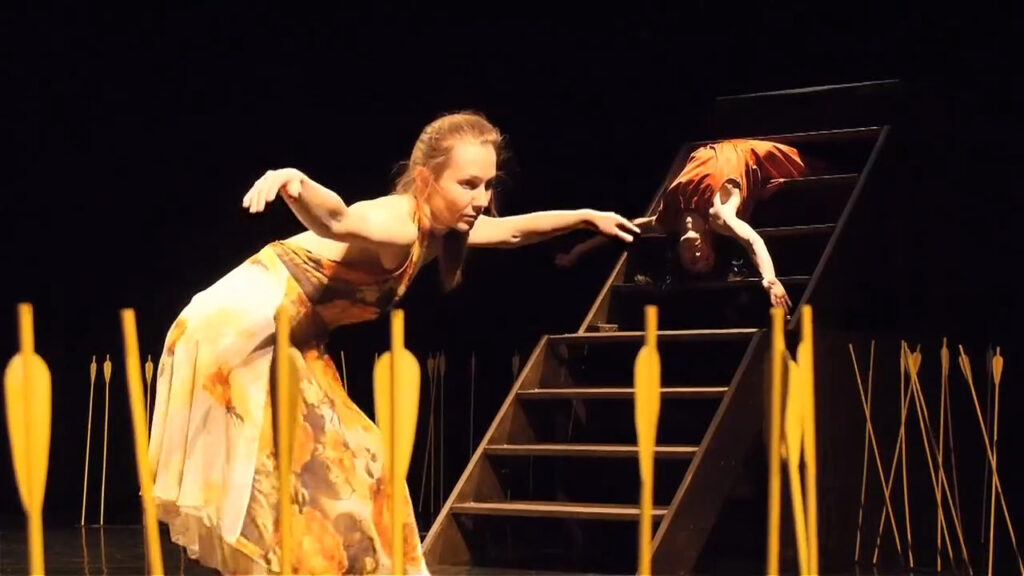 Spitfire Company: Constellations II. Time for Sharing, 2019 A symbiosis of dance, impressive visual features and captivating music joined by three-dimensional sound. Coexistence on the borders of reality, magic and the imaginary. Silhouettes of three women sitting on the steps of a small church. Perhaps the women are drinking tea. Perhaps they are listening to the […] 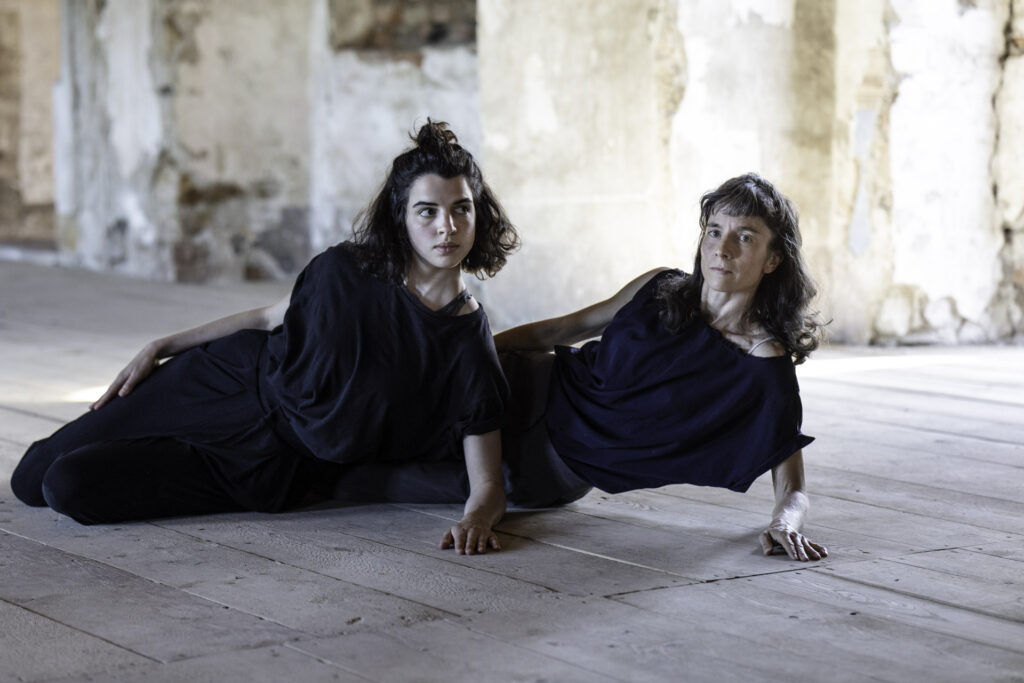 Nothing Else, Mothers, 2020 Composition of the relationship between mother and daughter. I was inside you. You’re inside me. Is it possible not to resemble each other? Author’s production of Anna Klimešová and Dominika Špalková. Choreography by Cécile Da Costa. Sometimes I look in the mirror and I see you. Sometimes our gestures are as different as our […] 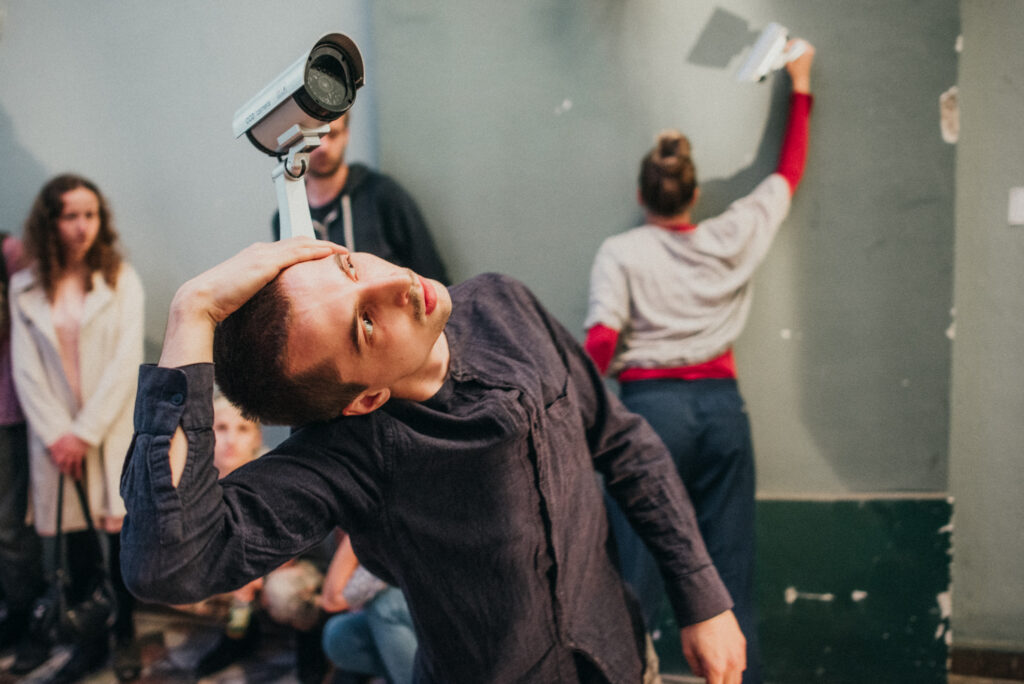 Cie Pieds Perchés: OK(N)o, 2020 Research into the borders separating private and public space Public space/ Private space / intimacy… What does it mean for us now, in an age when new technologies such as public surveillance, the internet and social networks blur the borders between individual and shared spheres? Blurring circus, dance and physical […] 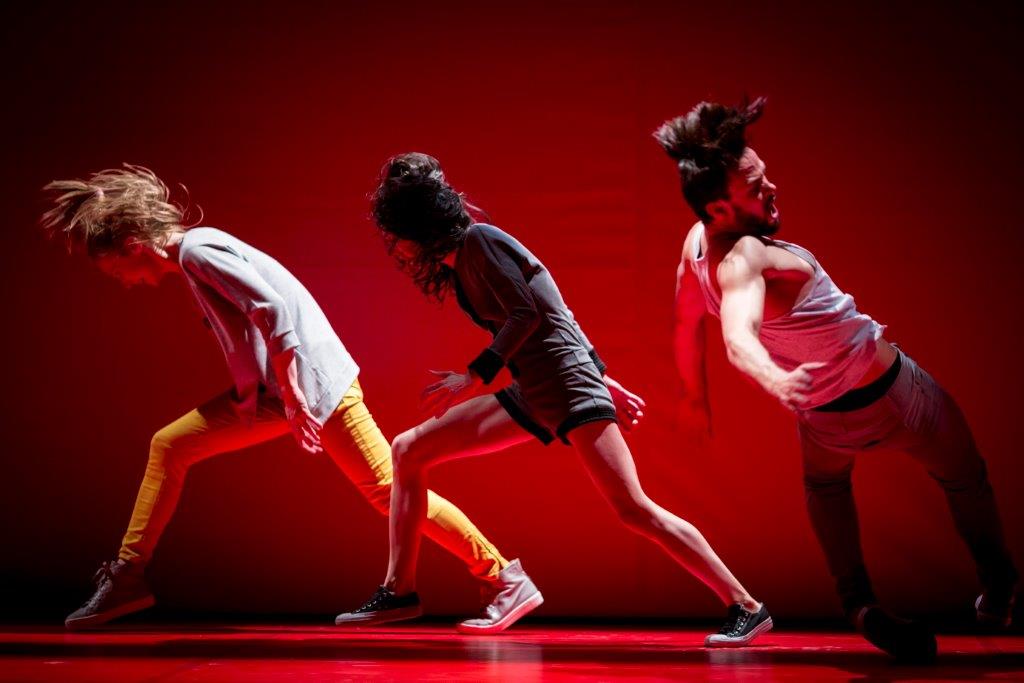 Spitfire Company: Sniper’s Lake, 2015 Running away, fleeing, a mad dash that never stops. At least once in our lives we all experience the feeling of being a fugitive. We run.  Five dancers fighting with their own power and one invisible sniper in the audience. An artwork that emerges on the scene via a barrage of colours. If […] 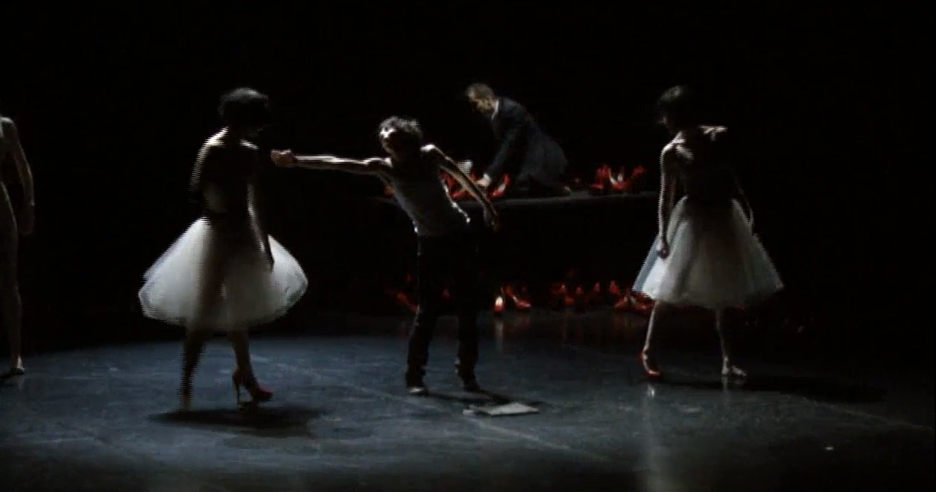 Spitfire Company: 13th Month / Requiem for Bruno Schulz, 2012 The performance has been inspired by literary and artistic oeuvre of Bruno Schulz. Within a dialogue of music and motion, an allegory of the mystery of decaying world, false mythology, naked body, fetish and death is created. It is not a classic stage adaptation of Bruno Schulz’s short […]

Farm in the Cave: The Theatre, 2010 A game for actors and spectators which can overpower its own players, a game that no one can escape. What happens when people lose their cultural identity, and with it their sources of vitality and meaning of life? This performance, ironically entitled “The Theatre” is like a black mass, which violates […] 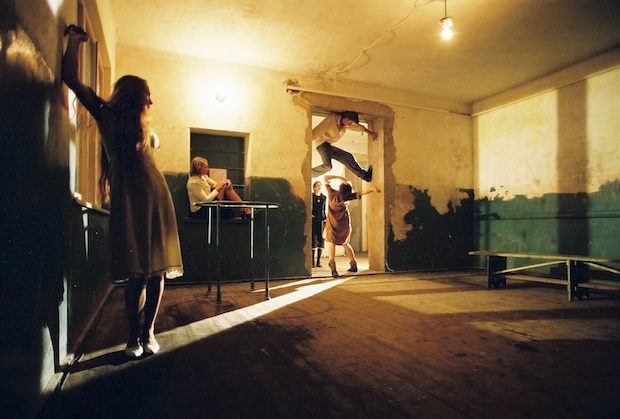 Farm in the Cave: Waiting Room, 2006 Memory versus the presence of a place – the railway station Zilina-Zariecie; from here, Jews from the Slovak State were deported during The Second World War. In the waiting-room, a place in-between, „accidental“ travellers meet and the dead return, not by accident. In this banal triangle of relations, private violence […] 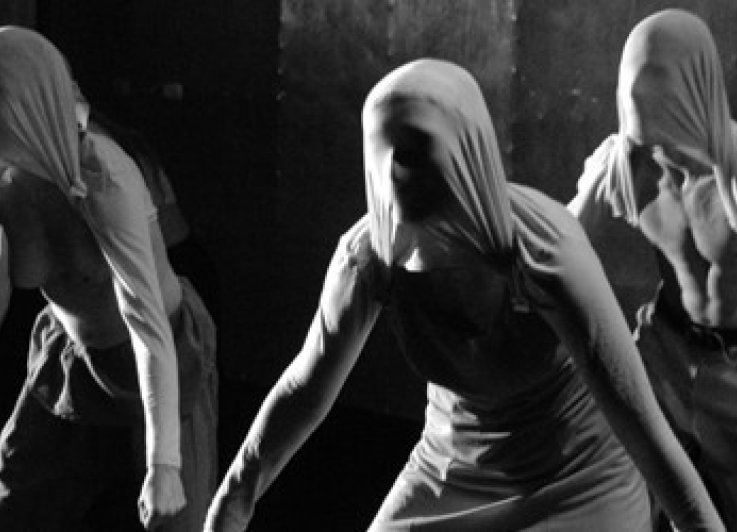 Farm in the Cave: Sclavi / The Song of an Emigrant, 2005 The scenic composition is based on field research the Farm in the Cave did in villages of eastern Slovakia, on old Ruthenian and Ukrainian songs, on letters of Slovak emigrants, and on the story of Karel Čapek’s Hordubal. After several years, an anonymous […]